Anyone who follows any sort of political or financial news has most likely heard a politician or two condemning the banking system. Far too often do we hear about how banks are evil and are the root cause of all our financial troubles. While some of these claims have some truth to them, the real truth is that banks are here to stay. There is no politician, on either side of the political spectrum, that will ever have any success in controlling the banking system. The banking system is so rooted in our society and such a necessary platform for commerce and trade, that there is nothing that can really be done to limit their ability to control every aspect of our financial lives.

Well you know what they say: If you can’t beat them, join them.

Only thing is, we’ve already joined them! Most of us just haven’t acknowledged it. We are all bankers already. If you have a bank account with money in it, you are a banker, and the sooner you come to terms with this and learn how to use the concepts of banking to your advantage, the sooner you will be begin to build real wealth.

Now, unless you are a mobster or drug dealer, you probably keep your money in a basic, free checking account. Other than being a convenient place to store and access cash, your checking account and the balance therein is essentially a loan to the bank that services your account. When you open a checking account, the bank is borrowing your money and holding it for you. In exchange, they pay you interest (nowadays such a low amount that it is almost negligible) as well as offer you “immediate access” to your cash in the event that you would like to withdrawal. The reason I put “immediate access” in quotations is that this may not always be true. If every single bank customer showed up at the exact same time to redeem the cash in their checking account, the bank would be unable to provide you with such cash. An event such as this is called “a run on the bank.” Feel free to watch this scene from “It’s A Wonderful Life” in order to get a better understanding of what something like that would look like:

The reason the bank would be unable to complete a withdrawal for everyone at once is because they are not required to keep the exact cash balance of their deposits at all times. Banks aren’t just doing us a favor and keeping our money “safe” for us. The money that you lend to the bank in the form of deposits is constantly being loaned out to other people. Banks make the majority of their income from interest payments on loans; loans that are provided to individuals using the money that you provided to the bank in your checking account. So what the bank is essentially doing is borrowing money from you in the form of deposits, and lending it out to someone else at a higher interest rate than the rate that they are paying you to keep it in your checking account. Therefore, in essence, you as the depositor are also a banker. You as the depositor are banking the bank. Without you, the bank would be unable to lend, and unable to exist, and therefore unable to be “the source of all your financial troubles,” as the politicians are constantly telling us.

Now you understand that we are all inherent lenders. Every time you deposit your paycheck, you are lending it to your bank. So why not lend your hard earned money out at a higher interest rate than the garbage given to you by your bank? If all of your money is loaned out anyways, why not look for opportunities to lend at the type of rates that the banks are lending at, if not even higher? There are a number of individuals called Private Lenders, which make this their business and are building tremendous wealth doing so. These individuals recognize the importance of banking and the power of lending. Private lenders lend money to the same individuals that your bank is lending money to, except usually at a higher interest rate, allowing them to earn even more money than a bank.

So why doesn’t everyone just do this? The biggest disadvantage to lending out your money as a private lender is the lack of liquidity. Liquidity is defined as the availability of liquid assets to a market or company. It is the “immediate access” to your cash that your bank is “promising” you in your checking account. Liquidity refers to any financial instrument or security that can be immediately redeemed for cash at any moment. When you lend out your money to an individual or business, you are provided with what is called a Promissory Note. The Note is the piece of paper that proves that you have loaned money to someone, and that this someone has promised to pay you back. The Promissory Note is an I.O.U. This financial instrument, is not liquid. If you want your cash back, you will most likely be unable to recover it because chances are the borrower is not going to have immediate access to the cash, since you both agreed that you’d get paid back over the course of a pre-determined period of time.

This lack of liquidity, however, is the reason why we may command a higher interest rate than that of a checking account. The less liquid, the more expensive the debt. When you borrow money in the form of a mortgage to purchase a home, you are given 30 years to repay this debt. The bank cannot legally make you pay before that (provided that you have been making your payments on time). This lack of liquidity, allows them to charge you a higher interest rate than the rate they pay you to keep your money, since they are offering you “total liquidity” on your deposits.

This is not to say that Promissory Notes are not liquid in any capacity. There are secondary markets dedicated to buying and selling notes. Selling your promissory note at a discount in one of these markets would allow you to recover a good majority of your cash. Buying and selling notes however, is a complex concept and a subject for another day.

Another disadvantage to lending your money is the higher risk in getting paid back. Since your Note is not liquid, and you are lending your money out to an individual that will use your loan for some other business related activity, you run the risk that this person will not be able to make their payments. This is called a default. If a borrower defaults, you run the risk of not being able to recover your original principal. This is also a reason why checking account rates are so low. Unless there is a run on the banks, there is relatively no chance that the bank will not be able to withdraw your cash for you. The higher the risk, the higher the reward, and this is why private lenders can command such high interest rates. They are assuming the risk of lending their money out and not being able to recover it in the event that the borrower defaults.

It is obvious from this that the banking system is here to stay. It is the backbone of our society and economy, and it starts with the individual depositor. We are all fueling the financial system with our bank deposits. The sooner you learn how to leverage this concept, the sooner you will realize that it isn’t the banks that are in control of society, it is us and we have the power to create major wealth by using the same practices that the banks are using with our hard earned cash!

Mr. Rovira is a professional, accredited investor that has been purchasing and managing income producing property since 2009. He has experience purchasing and managing both commercial and residential properties throughout S. Florida, the Midwest and in the islands of the Caribbean. Carlos spent 10 years as an engineer working in the Tech Industry. He prides himself in being able to apply the same principles from the tech world into the real estate industry, by creating systems and processes that unlock opportunities and cash-flows, maximizing returns. His data-driven, analytical approach to underwriting and managing properties is a competitive advantage that he believes he has as a property manager, and is proud to be able to share it with other investors and owners. He is a Licensed Real Estate Broker and is active in both property management and brokerage activities throughout S. Florida. His current holdings include a number of multi-family properties in S. Florida, a portfolio of single family homes in the Midwest, as well as short-term vacation rentals in the Bahamas. He also manages a significant portfolio of properties for third party investors. Mr. Rovira currently holds a Bachelor’s Degree in Software Engineering from the University of Miami, and a Master’s in Business Administration from Florida State University. 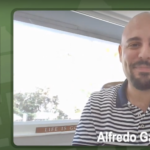 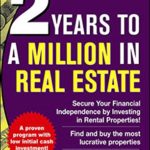 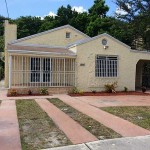 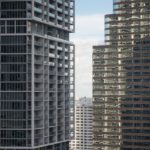 The Main Reason Why Condos Are Bad Investments
0 Comment 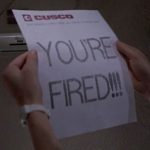 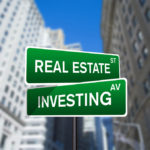 What is a Cap Rate in Real Estate?
0 Comment 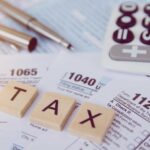 The Rich and Their “Tax Loopholes” – Depreciation Expense
0 Comment